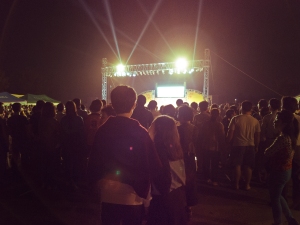 Chuseok in Tongjin, listening to some music.

So after my bike ride on the military base, the evening followed with hanging out with Joanna and her husband Yohann at the Tongjin Chuseok festival. Which had a whole lot of food (of course it’s Korea) and some music and other performances. We stayed and watched the performers, then all of a sudden I am eating squid, octopus, and silk worms. Yes little gross bugs. 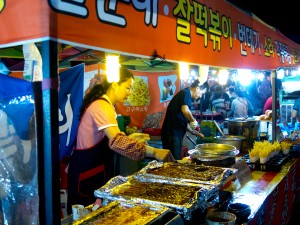 Now the squid jerky was mostly flavorless, which was quite disappointing. It was definitely very chewy. Then there is the octopus, slightly seafoody taste, mixed with chewing a piece of gum for 15 minutes. Yes, it was that tough to eat. The flavor was not really bad or good. Would I eat it again? Probably not. 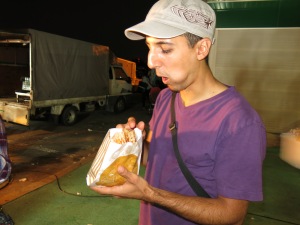 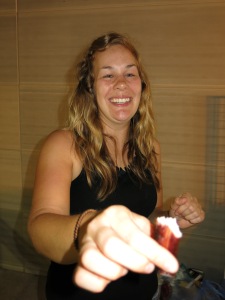 The silk worms! Now surprisingly they had the most flavor, and it was not bad. Now I expected them to be fried, not boiled so that made them look really disgusting. They taste like old broccoli. Yes, it is a weird flavor but now you know. 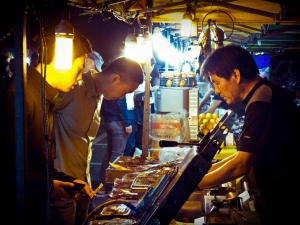 I ate squid jerky, and octopus from this guys stand.

I’m sure there will be more interesting food stories to come.